A few weeks ago I mentioned that I wasn’t going to buy any more books until I had managed to read a few from my bedside stack of books (here). It was going well until I heard an interview on Radio 2 with Eric Idle. He has a book out, a ‘sortabiography’, as it’s called. The interview was brilliant, so I knew that I would be buying his book. 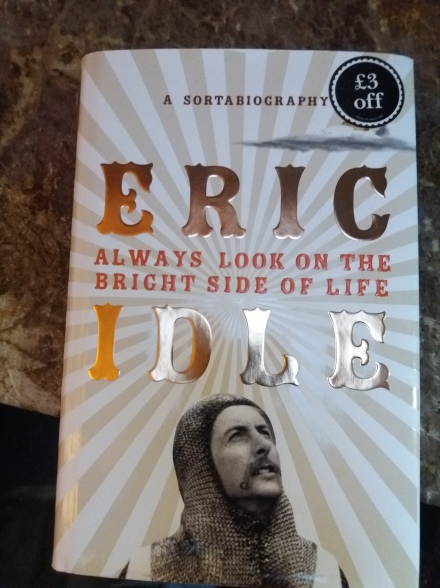 As expected, the book is great fun to read, focusing on the good stuff. The Monty Python stuff is glossed over a bit, but as Eric states, there are more than enough books and documentaries already. He goes into more detail on the films that the Pythons made, especially how George Harrison, the former Beatle, mortgaged his mansion to help finance The Life of Brian. The eponymous song from the end of the film obviously gets more than a few mentions, especially as Eric performed it at the closing ceremony of the 2012 London Olympics.

It’s not all a laugh, as there a few deaths, George Harrison and Graham Chapman to name two. Eric also writes about how bad a husband he was during his first marriage, blaming himself solely for their break-up.

Once again delayed trains meant that I finished this book in less than a week, putting aside another book that I had bought ages ago. It’s a great read, not too long and not too serious, or not serious in the slightest.