This book is part autobiography and part history, both equally interesting to read. Women haven’t always been allowed to go swimming for a whole load of rubbish reasons. I’ve seen the unbridled joy on my beautiful wife’s face when she completed her longest open water swim a couple of years ago. Neither of us can imagine a world where one or other of us wasn’t allowed to go swimming. Currently, neither of us can go swimming, but the lock down won’t last for ever, and then we’ll be back in the pool or at our regular open water venue. Helen had also entered the great Bala swim, which would have involved a ride on a miniature steam railway to get to the start. Unfortunately this has been postponed until next year, but it doesn’t half sound brilliant.

The funny thing is, is that women are often much better swimmers than men, especially when the distance is longer or the water is colder. Just take a look at Sarah Thomas, who was the first person, male or female, to swim the English Channel four times non stop. Or look at Alison Streeter who holds the record for the highest number of successful Channel swims with 43, nine more than the male record. 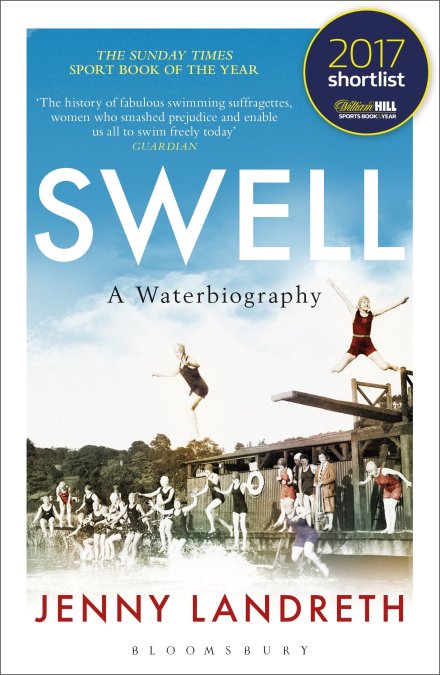 Sarah Thomas doesn’t get a mention in this book, but Alison does, as do numerous other exceptional female swimmers. For example, in 1875, three weeks after Captain Webb made the first Channel crossing, Agnes Beckwith, aged 14, dived off a boat near London Bridge and swam five miles to Greenwich.