On 19th July, 2014, I had an attempt at Everesting. The concept is very simple, you find a hill and cycle up and down it continuously until you have climbed the equivalent of Everest, 8,848 m or 29,000 ft. There is a website where you can post your achievement, but only the first person to climb a specific hill gets on the hall of fame. It also has to be the complete hill, you can’t just pick the steepest section.

I picked a fairly local climb that went up to some wind turbines along a dead end, so there shouldn’t be too much traffic. It had an average gradient of 7%, which would mean that if I completed the challenge I would have to climb it 39 times, a distance of 260 km.

I knew that it would be a very long day, so I packed a rucksack with food and water which I would lock to a tree half way up the climb as I didn’t have a support crew with me. I had also only told a few people about my attempt, so I wasn’t expected much, if any, company. In hindsight, a big mistake.

The hill was almost 10 km away, so I set off at 4:30 am, and started my first assent at 5 am. I took it nice and easy, trying not to get out of the saddle too much. I had recently changed my cassette so I now had a 27 at the back with a compact chain-set. Hopefully this would be low enough once I started to get tired.

After about 3 or 4 assents it started to rain, and a bit later it started to rain much harder. The wind also picked up, with a strong headwind for the last km of the climb. There was also 2 cattle grids, one was fine and could be taken at speed on the descent, but the other one was all twisted and had to be taken slowly. Photo not taken on the day. 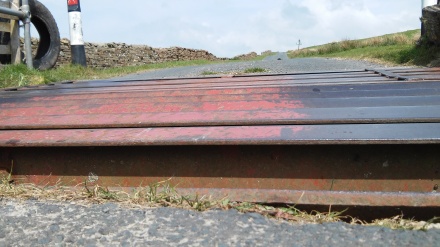 There were numerous suicidal sheep near the top, who would jump out in front of me on every descent. The road was also very narrow so I couldn’t let go on the descent, just in case there was a car coming up. Again, in hindsight not the best hill to have picked.

I had completed about 13 assents when I heard someone shout my name. A good friend, Matt, had cycled out to give me a boost. He had initially cycled up the wrong side of the hill, but his company was now most welcome. He stayed with me for 3 assents, although we both nearly got taken out by a sheep. Matt took a selfie with me at the top of the climb and uploaded it to Facebook telling people to join me if they could as I needed some support. 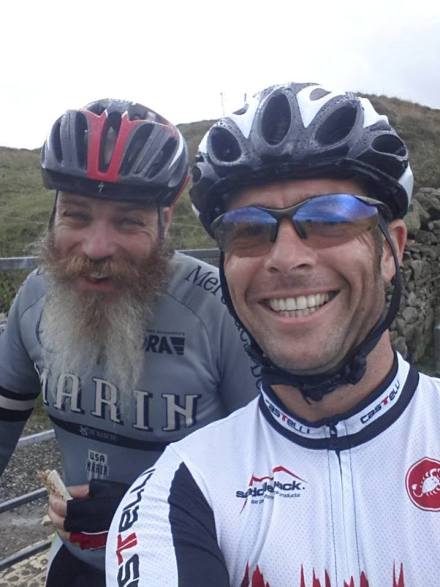 My Garmin had also started to play up because of the weather. It was humid, wet and change-able. My Garmin wasn’t recording elevation, so I knew that I would have to use the ‘correct elevation’ function on Strava when I finished. The problem with this is that you tend to lose some elevation, so I might have to do an extra assent or two. I also didn’t really have a clue about how much I had actually done, although I was using the lap function on my Garmin.

After 20 laps I had an extended rest as I was now over half way, although the wind and rain were still relentless. I completed another 2 assents before I called it quits. I had worked out that at my current speed I wouldn’t finish until after dark and probably near to midnight.

I picked up my bag and set off for home. I had cycled 145.5 km with 4,844 m of elevation. I was exhausted and also disappointed, especially when I found out that Jack (Photo below) had cycled out to give me some more support, and had also brought some butties. 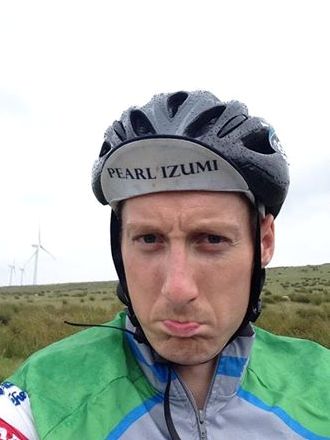 I did manage to complete over 50% of the Rapha Rising challenge on Strava, so not a complete failure. Below is the Strava profile of my attempt, after I had corrected the elevation.

I took a few days to consider my options, but friends on Strava started to look for suitable climbs as well as offering to support me if or when I had another attempt. I will have another attempt which will hopefully be in a couple of weeks. I will look at a hill closer to Lancaster and I will also tell more people about my attempt, so that I might have plenty of support, especially towards the end.

I later found out that the next day someone had Everested Hardknott. It took 30 assents of that monster, which is seriously hardcore.